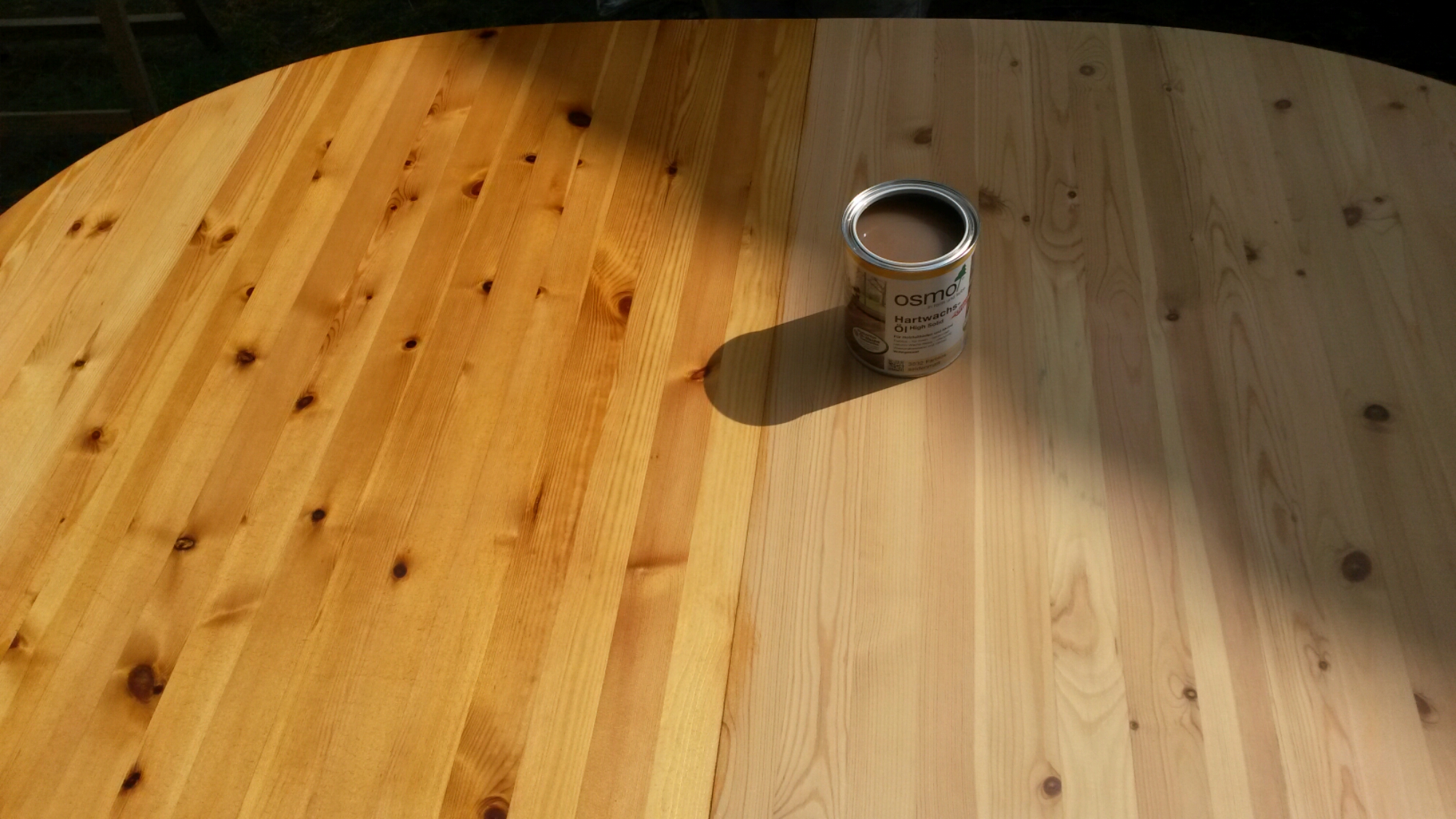 This is my table.

It’s a work in progress at the moment.

A couple of years ago a friend saw it sitting forlornly on a pavement, thought of me and rescued it by packing it into her huge van and bringing it over. We fought it up the stairs and that’s where it stayed until DB came to rescue me. He obviously had to rescue the table too, so we fought it back down the stairs and into his slightly less huge van.

DB doesn’t have patience with ugly or broken things.

The table was neither ugly nor broken, but the previous owners had graced it with a large burn mark in the middle. I’d solved the problem with a tablecloth, DB prefers permanent solutions and got the sander out.

First it was taken to pieces.
Then all the pieces were sanded.
Then it was my turn.
I have oiled the top 5 times in as many days. I only did the legs twice.

It’s actually not oil, but some kind of wax in a solvent. The stuff stinks but apparently it’s harmless once it’s dry.

There’s something remarkably decadent about painting against the grain. I haven’t decided what it is yet though.

It’s quite therapeutic too.

This evening’s entertainment will be carrying the parts into the house and putting them together.

I hope we don’t bash it (or the door frames) in the process.