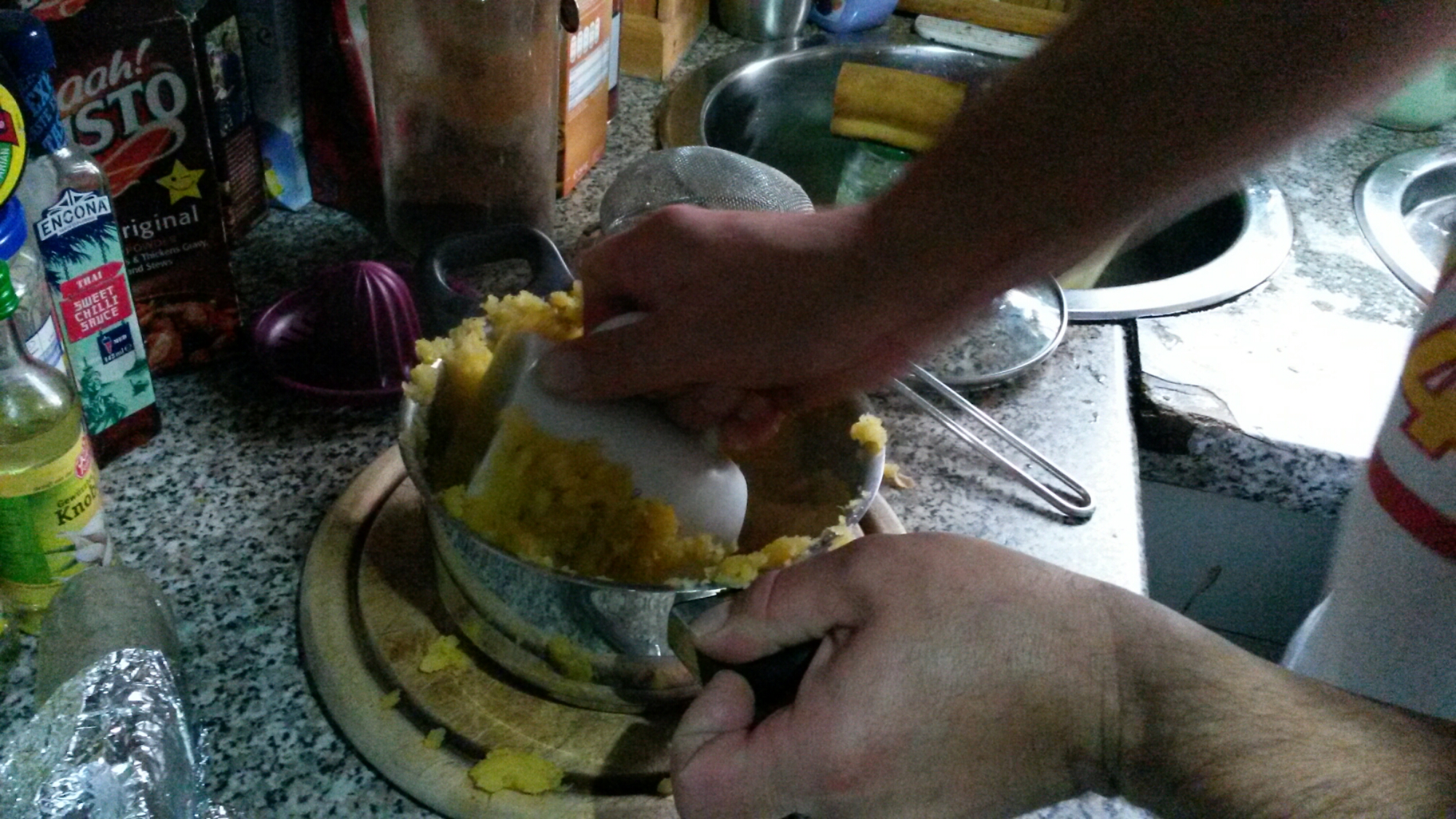 I found a swede in my local supermarket last week.
That is a big deal here in Berlin where people generally don’t eat them.

Anyway, I didn’t eat it last week because I wasn’t home in time to peel, chop, boil and mash it before my DB died of starvation.

Yesterday was my chance.

I spent almost 10 minutes noisily looking for the peeler (and sorting out the drawer it should have been in but which was full of Schneebesen* instead) before DB came and dug it out of a different drawer so he could go back to watching TV in peace.

It only occurred to me once I’d strained the water (and reopened and messed up the schneebesen drawer) that my masher was still in a box marked ‘kitchen’ in the depths of my in-laws’ cellar.

I like to think I’m open minded and easy going. Sometimes I convince other people to think so too. Yesterday wasn’t one of those days. I assume one can eat swede cubes without mashing them. I can only assume because I always eat mine mashed and I wasn’t prepared to change my swede eating experience just because I hadn’t got round to unpacking yet.

I armed myself with a spatula and set upon the arduous task of squishing 3 million cubes against the side of the saucepan.

I was approximately a third of the way through when DB started prowling. He has a special kind of prowl reserved for when he’s hungry and I haven’t finished cooking yet, and this was that kind of prowl.

He asked if he could help so I pushed the saucepan in his direction.

This is what happened next:

I’ve seen (and participated in) a lot of improvisation, but I’ve never seen (or thought about) anyone mashing a swede with a cup.

It worked though, so I was also very impressed.

I truly have a man of many talents

0 thoughts on “On improvisations on a swede”