The day of The Walk arrived. Finally.
DB and I got there half an hour earlier than his father and C, to give us time to sort out the paperwork – that was DB’s job because he’d spoken to the rehab centre (RC) most, and his dad didn’t want to complicate things. DB’s mother stayed home with a cold. 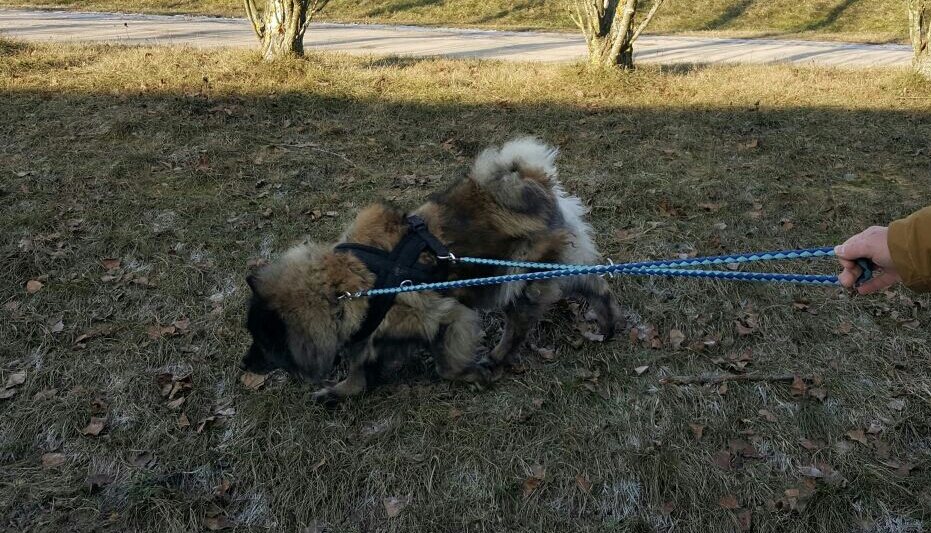 When she wasn’t dragging DB along, she stood immovably still, sniffing frantically – a wall, a leaf, a clump of longer grass…anything and everything. 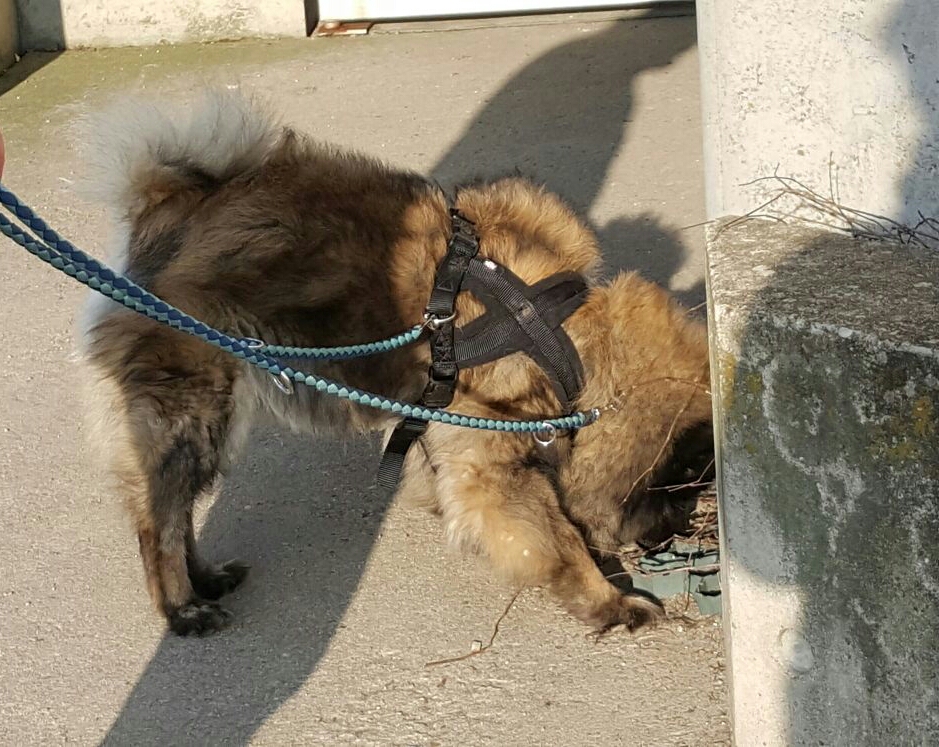 DB says sniffing is, for a dog, like reading newspapers.. (and peeing on things is like writing articles or blog posts ;))
***

DB called her a couple of times as we walked, to see if she knows her name (and responds to strangers). Every time he called, she’d come running back to us, stop briefly at my feet, look up at us until she was patted before bounding off again. DB thought that was most unfair since he had the lead and was doing all the calling.. 😉

DB’s dad pulled into the car park as we got there – talk about perfect timing!

C was completely uninterested in getting to know anyone and mostly ignored P. He marched past her and spent a long time reading newspapers at the other end of the field. Seemed a little bit pointless, but at least they didn’t fight I suppose.

Once all the papers were empty, he deigned to join us for a phone shoot.

It took 3 of us a good 10 minutes to get both of them to face the same way at the same time – and stand still long enough for a blurr-free photo..

DB’s dad didn’t stay much longer after that..something to do with getting back to his wife.. it seems he’d gone out to pick up cough-syrup.. Besides, it was far too cold to stand around with no gloves taking pictures.

The rest of the walk was uneventful. I took over holding the line partway through and tried getting her to “heel”, “sit”, “come”, “slow down”, with varying degrees of success. DB said it was much too early to expect her to listen and or respond. She did stop pulling so much though – presumably dogs home walks are shorter than mine!

We handed her back before the home closed, and headed back to our home for dinner.