Someone, at some point, told me that it was a good idea to keep stamps in the house so you can post letters without having to plan a trip to the post office. (This is Germany. You can’t buy stamps just anywhere, where would we end up?! It’s a huge improvement that they introduced stamp machines so you don’t have to queue up for them!)

I could definitely see the logic in that, especially when I lived far from the nearest post office, so I’ve bought a few more stamps than I need ever since.

What nobody told me was where to store them once I bought them. After a couple of occasions in which the stamps weren’t where I was, I took to keeping them in the inside pocket of my handbag.

On Tuesday morning, before work, I finished addressing the second of two letters I needed to post ASAP.

I remembered that I had two stamps left from my last trip to the post office and went to find them. That sounds like I had to search for them but that’s not true. I went directly to the inside pocket of my handbag. Sure enough, there were the stamps. 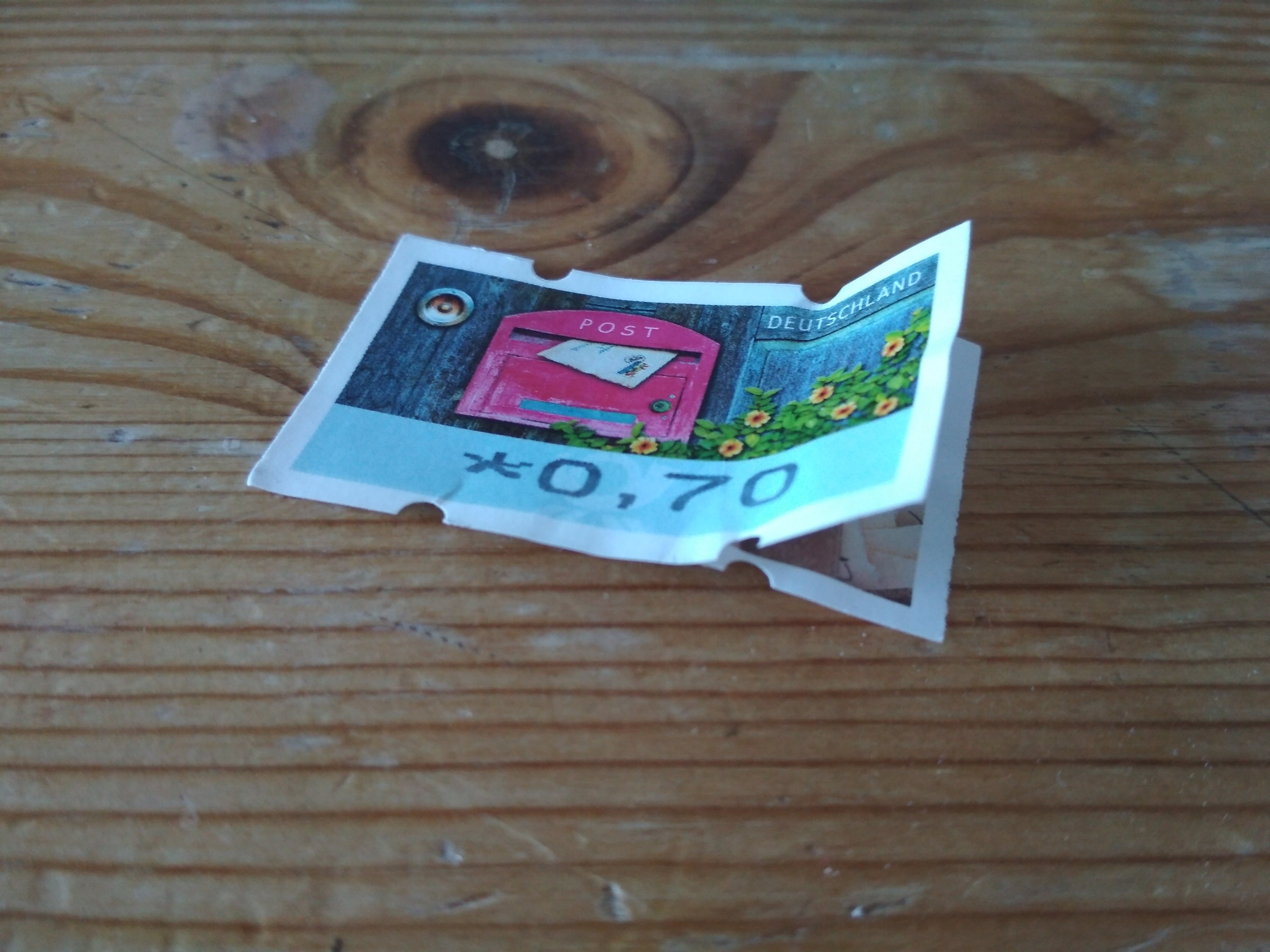 They were stuck together. Much more completely than in the picture. That shows how far I got with my thumbnails before I noticed that I was damaging them.

I didn’t want to go to work via the post office so I set to work unsticking them.

In all the little-kid books, they make steaming letters open and/or removing stamps from letters seem really easy.

There’s nothing like sleepily holding your hand over an open kettle to wake you up in the morning.

And, more annoyingly, stamps don’t just magically unstick themselves just because you sacrifice your hand for them. Even when you finally have two separate pieces of paper there’s a lot of fiddly scratching to remove the gluey remains and make them readable.

And then they aren’t sticky anymore and you have to find a gluestick. (I knew exactly where that was too, but knowing that it’s in a pencil case inside a satchel inside a drawer doesn’t save you the time it takes to fish it out).

It probably took longer to get the stamps apart and onto the envelopes than it would have taken me to go via the post office and buy new ones. ARGH. 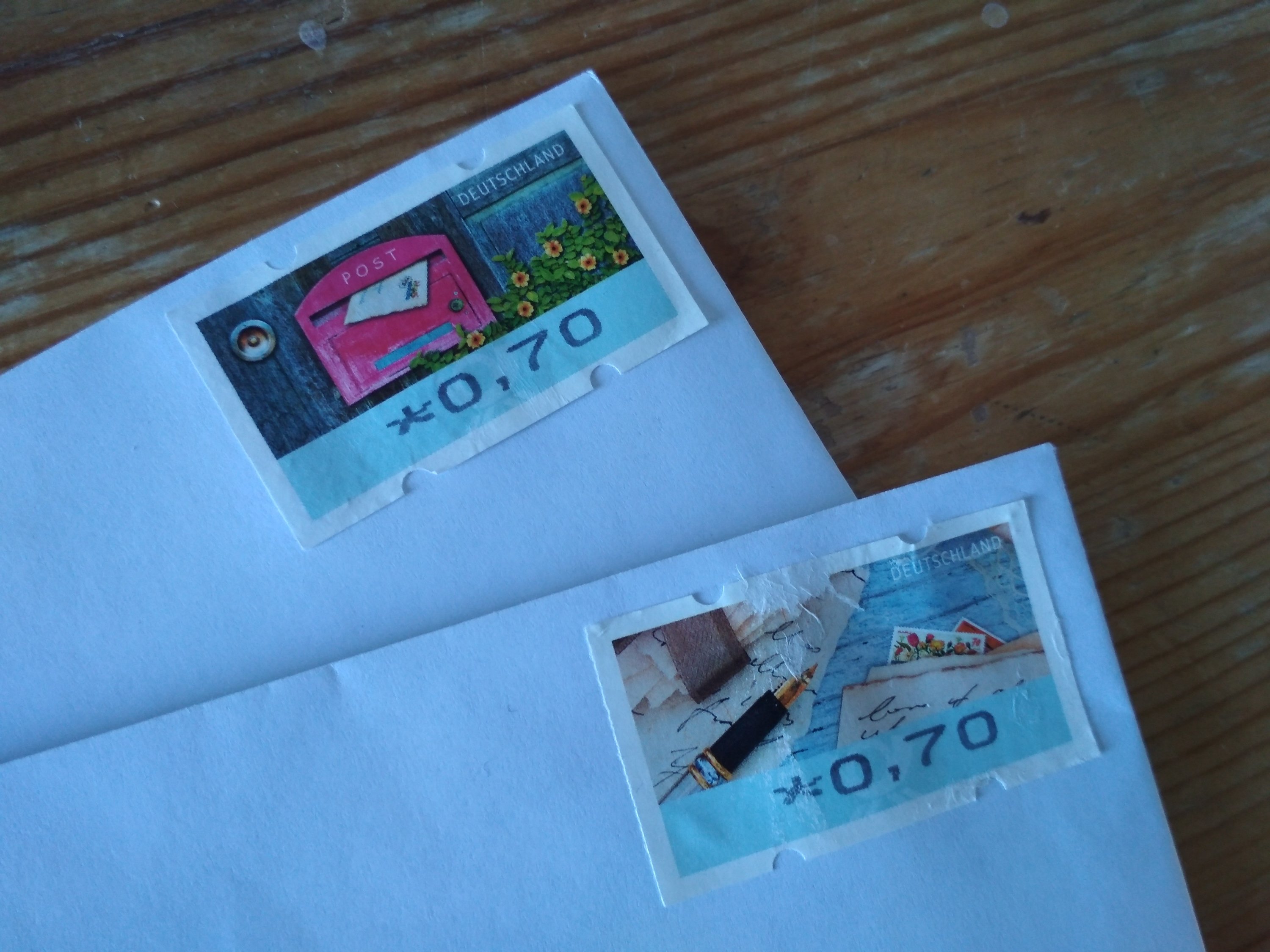 Pro tip: don’t stack stamps on top of each other in your handbag. Especially if you are the sort of person who regularly gets caught in the rain.