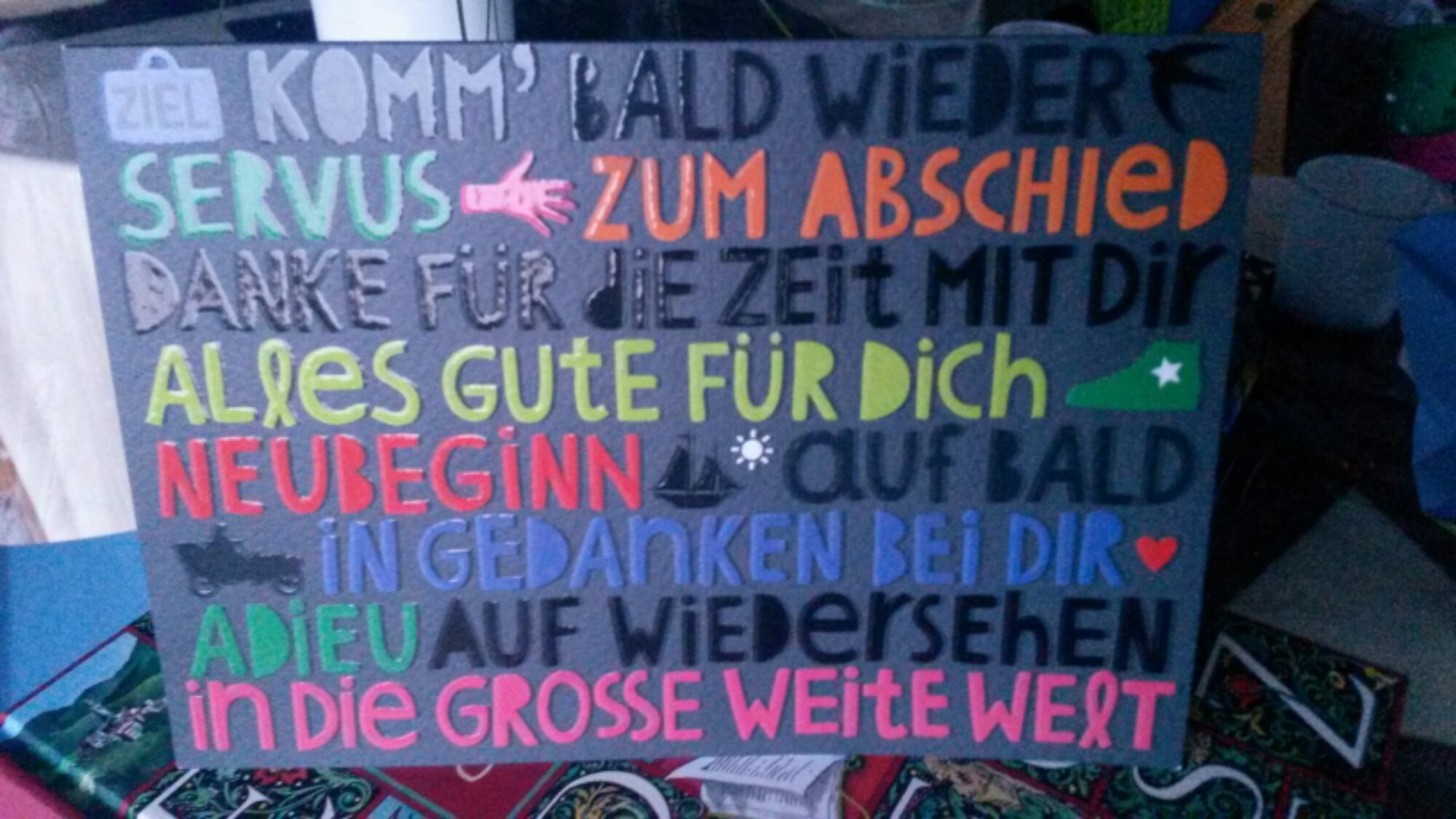 ..or a fire alarm, depending on personal preference.

I celebrated my leaving party on Monday.

I invited everyone who’s worked with me, and who I’ve worked for, since being here (4 and a bit years). I even invited my soon-to-be-ex colleague – it WAS kind of held in his honour after all – but he luckily didn’t come.

In the invitation I asked for volunteers to help me with preparations. There were so many helpers – not only beforehand, but also during and after the party itself – that it makes my head reel a bit just thinking about how lucky I am to know such amazing people. Some brought cake, biscuits or chocolates, one made a galoptious potfull of curry, some decorated the conference room, one helped me bake scones, some made sure the food was hot before carrying it in, others moved tables, collected dirty plates or washed up. There are probably a whole lot of people who did things I didn’t properly notice but who were busy in the background ensuring everything worked out.

My own part in the proceedings was largely unhelpful. I basically wrote a list of jobs I thought were necessary and left them to it while I busied myself with torturing pieces of cheese-and-pineapple with pointy sticks in the kitchen.

At exactly half past 4 they called me into the other room and sang “for she’s a jolly good fellow” (rather off-key and with a range of different lyrics, but who cares about tunes and words :))

The ‘party room’ looked fantastic, I’d brought fairy lights and candles and food and told my helpers to have fun playing. They’d mostly disregarded the ideas I’d had, but it was so much better their way 😉

I declared the buffet – if you can call a table of scones and cakes a buffet – opened and made a beeline for the tea.

I’d made several trays of food at the weekend, things like pasta bake that just needed warming up. I left everyone to their plates and went to put the trays of food in the oven – a posh job, where the oven racks/shelves are attached to the door and the whole thing opens like a drawer.

I was standing in the kitchen talking to the ‘curry-lady’ (who was cooking rice for me) when they called me into the other room (again). I left her to look after the oven as well as the rice and went back to the party.

One of my bosses gave a speech and presented me with a bunch of roses, Cornelia Funke’s Tintenherz trilogy and a hedgehog made of “waschknete” (plasticine you can use as soap) with rolled up money stuck in it as spines. Even those who couldn’t make it to the party had contributed and written in the card.

I was still admiring the roses when the rice lady came in to ask me to check if the food was done. Back I went to the kitchen. No rest for the celebrated, huh?

What started off as simply checking the state of the cheese, turned into something like the tablecloth trick only less elegant. The drawer was heavy and opened slowly and the pasta tray stayed put in the middle of the oven. I shut the door again in the hope it would be pushed back on to the rack and announced that it was falling off. Unfortunately no one understood what I meant. The helpful person next to me apparently thought I was too weak to open the oven and hurried to my rescue. He opened the oven door with full force and was privy to the best view of the tray emptying itself all over the bottom of the oven.

We scooped up as much as we could and I went back to the party, taking the curry with me.

Next thing we knew, was the fire alarm was blaring and a horde of fire engines was rushing to the scene…

Still, if you’re going to leave, you might as well make your mark first.

I really really hope nothing actually burned elsewhere while the firemen inspected the cheese-lined oven.