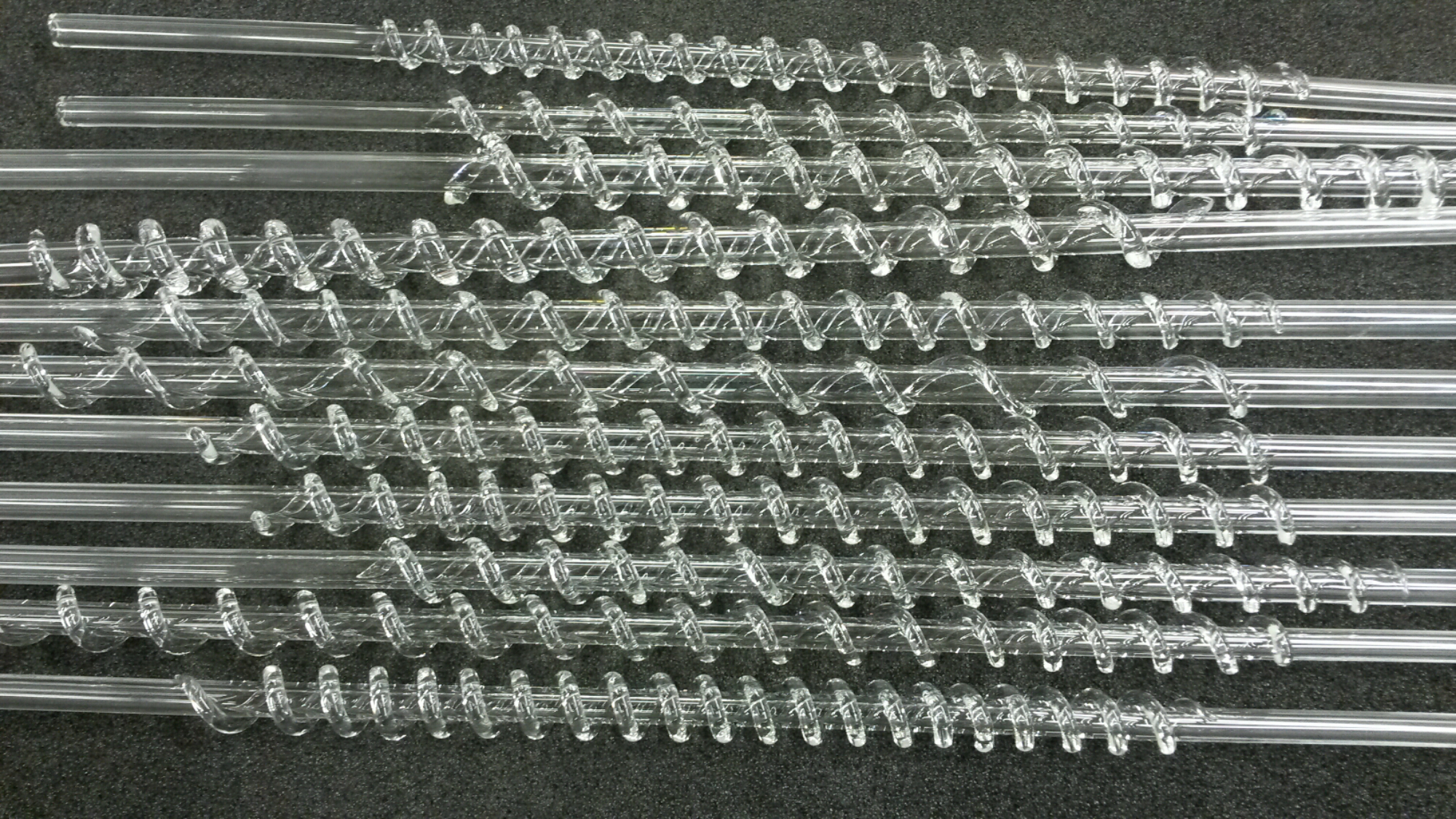 I have somehow earned the reputation for being good at making glass spirals.

It started when I was practising for the Meister exam. The man who would become my current boss, but who was back then my ‘coursework’ supervisor told the president of the German glassblowing society that I had a fascinating technique but produced good results.

He said he’d put me down to give a presentation during the seminar. I thought he was joking, but I was wrong..

I survived though, which is what counts I suppose.

A couple of weeks ago, one of the guys in our second company got a request for an apparatus involving spirals. The spirals consist of thin glass rods wrapped around (and melted onto) thickish glass tubes.

He asked me to make them for him.

The boss promised him I would, and then told me it was practically impossible to do, but that I should have a go because I’m “good at spirals “.

I spent a long time mostly avoiding the subject, besides, I had other things to do 😉 Trouble is, jobs like that don’t just go away. I practised a bit last week, and asked for some advice from a colleague at the other place I work.

Today, the boss decided they needed to be finished. He is driving over there tomorrow, and wanted/needed to take them with him.

Today was the day. Today I had to practise and produce sellable pieces.

This is what I made:

The first 7 or so were dire. Either the spiral part splittered off the tube melted and went wonky 🙁

They aren’t perfect, but they’re sufficient.

I wrapped them up and the boss is going to take them to the other company tomorrow, where they will be tempered and built into a customer’s complicated project.

I hope they survive the night. Sometimes highly stressed pieces don’t and there’s not much more stressful than a melted on spiral…

0 thoughts on “On glass spirals”