I just bought a drill.

It’s not the exact model I really (really) wanted but it was available and much cheaper and close to where I live. It will do the job. I hope. If it doesn’t, I will get rid of it and move on.

With some of the money I didn’t spend on the posh drill, I bought a set of posh drill bits.

And a set of posh screwdriver bits.

And a posh box of screws.

And an assortment of posh rawl plugs.

And a posh spirit level.

And a posh(ish) bluetooth speaker.

And gave a beggar my last Jammy Dodger* and 51ct.

If I’d given him the change from the posh drill he wouldn’t have to beg for a while. As it was he only got the actual change in my purse. And a biscuit. Now that Brexit has been fully brexited it’ll be harder to keep the supply chain going, so I hope he appreciated it.

This might have been a slightly unorthodox retail therapy trip, but I think I’m now ready to change more than the way my house looks…

* English biscuits with jam in. They’re not really that exciting except that they taste of birthday parties and childhood and I love them.

A couple of days ago I came across a YouTube video of a person I’d never heard of before being arrested. The arrest had been caught on camera by spectators. So far so normal. People get arrested all the time and people have had access to video recording equipment for a long time.

A couple of links and videos later I found out that this person had been arrested, tried, found guilty and taken to prison within a matter of hours (anywhere between 1 and 6 depending on the source). That seems much less normal..

I could understand them being taken to the police station or even to some kind of detention centre until the court case…but having the trial on the same day as the arrest seems a little bit crazy.

Also, although I’d never heard of them, they appear to be a Known Person. That means there’s a lot of public interest in finding out what happened.

For some reason the judge issued a total ban on mentioning anything to do with the case, effectively forbidding anyone to report on the case since anyone who does mention details of the case stands to be arrested too. That’s reporters, journalists, newspapers, TV presenters, witnesses, family/friends of the person, random people using social media, etc etc etc. Some of the original news articles have apparently been removed from the websites they were published on.

That all means there’s no official information, which leaves a lot of room for speculation.

I understand (kind of) the idea of keeping ongoing cases non-public until the jury have made their decision. I would have thought that once the sentence has been given, then the case is officially over…

As does the fact that the arrest and consequent sentence took place in England. In 2018. Last weekend.

Regardless of who they are and what they’ve done (or haven’t, perhaps), can someone please tell me how it’s logistically possible to go to prison on the same day as the alleged crime, the arrest and the court case? And if it is possible, why it is that some cases take such a long time to settle?

Usually, the radio goes on when my colleague gets to work, and goes off when I leave. He can’t stand adverts, so we listen to ‘Deutschland Radio’ and ‘Deutschland Radio Kultur’  which generally makes for a good mixture of news and interesting information about a huge range of topics. Anything from book reviews to current scientific research to new films to phone-ins about illnesses to the latest in-depth reports about bombings or shootings or fires or whatever’s going on in the world, generally including interviews with multiple important, knowledgeable people.

Usually, I quite enjoy the mixture. There are obviously topics I’m not that interested in, but none of the programs run longer than 90 minutes, lots of them only 10 minutes or so.

Usually, we talk about what we’ve heard. I have a million background questions, and my colleague has a lot of excess knowledge.

This week, I am alone in the workshop.

I haven’t turned the radio on once. I’m playing CDs and enjoying letting my thoughts do their own thing, rather than be directed by the radio. Enya doesn’t have lyrics you need to listen to, sometimes not even any you can listen to accidentally. For someone who generally pays more attention to lyrics than the music, it’s quite nice to tune them out. To tune out all the words. There are so many words. All the time. The world is full of words.

When I think about it, it’s weird not knowing what’s happening, but on balance, I don’t miss the constant input.

At least this week.

Next week my colleague comes back, and the radio will go back on.

In the meantime, I’m going to sail away from it all.

“The news” (as a whole) keeps telling me that scary things are happening in the world at the moment. I’m not too keen on scary things so I plucked up lots of courage as I walked past the newspaper salesman and risked a passing glance at the headlines on my way to the station. According to the main local paper, someone has found something poisonous on a bus in Berlin.

It seems “the news” was right. That’s pretty scary. I hope whoever found the poisonous thing is ok and won’t need too much therapy/anti-poison-medication.

I wrote this while on holiday in January. (I will aim to make the links work soon).

I was going to write a whinging, whining, self-pitying post about how stupid and mean and unfair and generally ‘meh’ it is, to not only be someone who inflates like a balloon* for the week preceding her period, but to do so while on holiday. Not only that, but to also start said period in an apartment where toilet paper has to be collected in a bucket instead of flushed down the loo. How gross is that? Also, it’s all very well peeing behind rocks when out discovering the island, ‘perioding’ is a different story, and the island im general isn’t particularly toilet friendly – the few-and-far-between public loos here close at about half past 6.

Yeah, then I watched a documentary about European sex-trafficking and underage prostitution and girls having to choose (at around 12 years old) between,
A) staying at home, where ‘home’ means in a hovel** with an outside loo or no loos at all, probably no electricity or running water, and a high chance of unemployed, abusive, alcoholic parents, with no real perspective of improvement or a decent education or a job of their own in the future
or,
B) going out into the ‘big wide world’, where ‘big wide world’ means leaving everything you know, trusting a stranger, or a cousin, (or sometimes, in the most harrowing cases, a former close friend who’s come back to fetch you), to bring you across the border to freedom, with the promise of a good job or an education thrown in, but actually turns out to be having your trust broken, having your passport taken from you at the border and being made to ‘work’ in a bordell in the backstreets of an unnamed European town (or directly on the streets) where you are likely to be drugged up and forced to do unthinkable things with uncountable, mostly rich, men who have too much at stake to report the underage, underfed, underslept ‘staff’ in their bordell of choice. One of the bordells they’d just arrested in the documentary, looks, at least from the outside, like a typical house in an upper class housing estate. Inside, behind closed doors (and closed windows), lived a group of ’24-hour prostitutes’. 24-hour-prostitutes have to be available all day every day. No respite. Instead of informing the police, the ‘clients’ complained to the bordell, the same way they would complain about a hire car: ‘this one doesn’t meet the requirements’.
This upper class housing estate is less than 20km from where I live. It unfortunately isn’t the only one of it’s kind in the world.

The worst part of it, really, is that I can’t do anything about it.
I am a glassblower, not a social worker, not a politician, not a judge.
I can’t make laws, and I can’t even vote for them if someone else makes them (unless they’re made in England) because I’m English living in Germany.
I speak English and German (with a tiny bit of French and Spanish for good measure), not Romanian or any of the other East European languages most of the girls speak. Even if we shared a common language, I have no idea what I could say that would help, I don’t have any experience of living in hovels or bordells or any of the other things they’ve been subjected to in their short lives.
I can’t help them escape, can’t offer them an alternative, can’t brighten their futures.
I can’t even pay someone else to help them because I’m close to broke – I will have to talk to the bank when I get home as my account seems to have a leak, or more likely, a holiday-sized hole, in it. And then I need new glasses. And to eat. And to pay the electricity bill. And the water bill. And the phone bill. And all manner of things which I pretty much take for granted as necessary for life, but which are probably unimaginable to a Romanian 12 year old…

If anyone has clever, or workable, ideas or suggestions for things I could actually do (apart from pray, wish and hope) please let me know.

In the meantime, faced with all this information, which to misquote Stefan in this article about ‘reading rape’, “I don’t even want to have in my head”, I think I’ll stick with my holiday in an apartment with the strange loo-roll laws. Maybe I’ll still complain about them, but quietly, and in the knowledge that it could be so unbelievably much worse. And I’ll enjoy the rest.
* I have friends who were less round at 7 or 8 months pregnant..

** a real hovel, not a wantable hovel like Kate lived in.

Just found this: written on the morning after the Brexit vote:

“Good afternoon, and welcome to a brave new EU-free world.

Just to recap: the UK has voted to leave the European Union in a result that came down to just 1.39m votes.

The value of the pound has dropped through the floor. Sinn Fein are calling for a united Ireland. Prime minister David Cameron has resigned. SNP leader Nicola Sturgeon has said that Scotland is looking at a new independence referendum. The Labour party has tabled a motion to get rid of Jeremy Corbyn.

And it’s only lunchtime.

Whatever you think of the whole Brexit thing, you have to agree that’s a fantastic summary :). 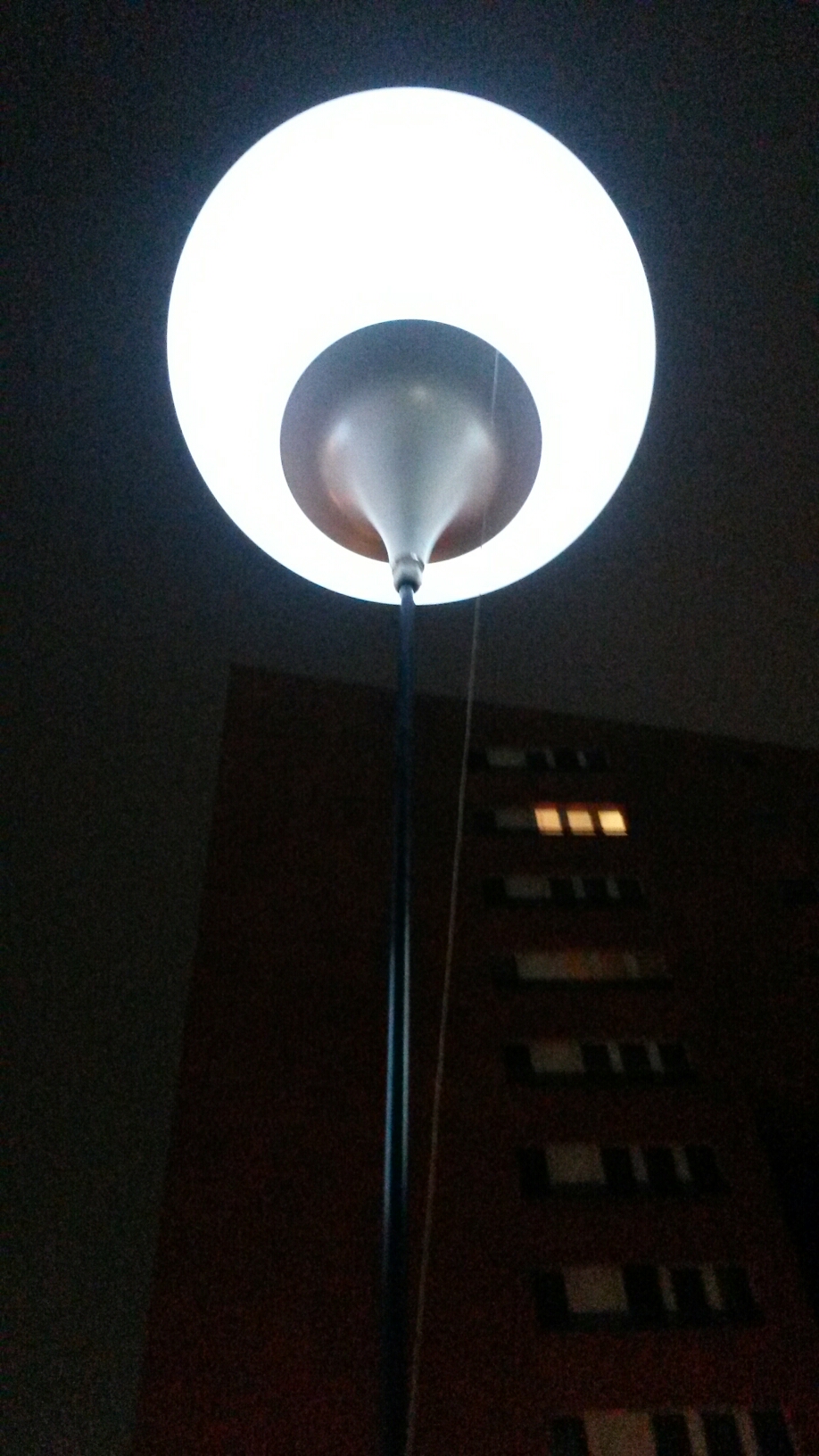 I set this balloon free 🙂

More tomorrow when I’m not so asleep